A seemingly fatal 70m fall: the story of Angela Hernandez

“The most difficult thing is the decision to act, the rest is pure tenacity.”
The story that I present to you today could only be introduced by a beautiful phrase by the great Amelia Earhart. The end of the adventurous American aviator, dispersed in the Pacific Ocean on 2 July 1937, is still shrouded in mystery, but her endeavors, her thoughts and her convictions remain. It’s not about feminism, mind you: as you said yourself, it’s about tenacity, beyond the differences in sex.

July 6, 2018. 23-year-old Angela Hernandez, originally from Oregon, is facing a long journey to Southern California to visit the family. It left Portland and must cover a distance of about 1000 kilometers. She is alone, and driving in some points of the itinerary requires maximum concentration. Like near the fascinating Big Sur, where the road runs alongside imposing cliffs overlooking the Pacific Ocean.

“I still have six hours to travel,” he writes in a message to relatives to reassure them. But after those words, silence falls on Angela and her Jeep. The girl seems to have disappeared into thin air, and the news of her disappearance to the local authorities of the last stage indicated by her is immediately circulated.

No track is discarded: from the gesture of a madman to kidnapping for blackmail, up to a potential road exit of the car with consequent fatal fall from the high cliffs of Big Sur. This is precisely the case. A week later, in fact, some hikers find Angela’s Jeep carcass in that exact area, partially swallowed by the waters of the Ocean. And they also find her, dehydrated, wounded but alive. It is July 13th.

The same reveals to have skidded with the car to avoid a small animal that was crossing the road, losing control of the car and ending up headlong towards the Pacific. Of that crazy flight, Angela remembers nothing; instead, the feeling of having awakened with the water that was now reaching her knees is alive in her.
“The most difficult thing is the decision to act, the rest is pure tenacity.” The young woman, although transfixed by the pain of trauma and bleeding, acts. She frees himself and leaves the vehicle and spends the following days plowing the beach in all its length, in a desperate attempt to be spotted by the road or by some boat.
Being able to count on the food and drinks prepared for the long journey she had to face, Angela managed to save herself. But how many others would have abandoned themselves to the inevitable desperation, in such a critical situation? The young woman, as she herself admitted, had no notion of survival. An unexpected misfortune happened, and her tenacity to survive has seen her victorious. 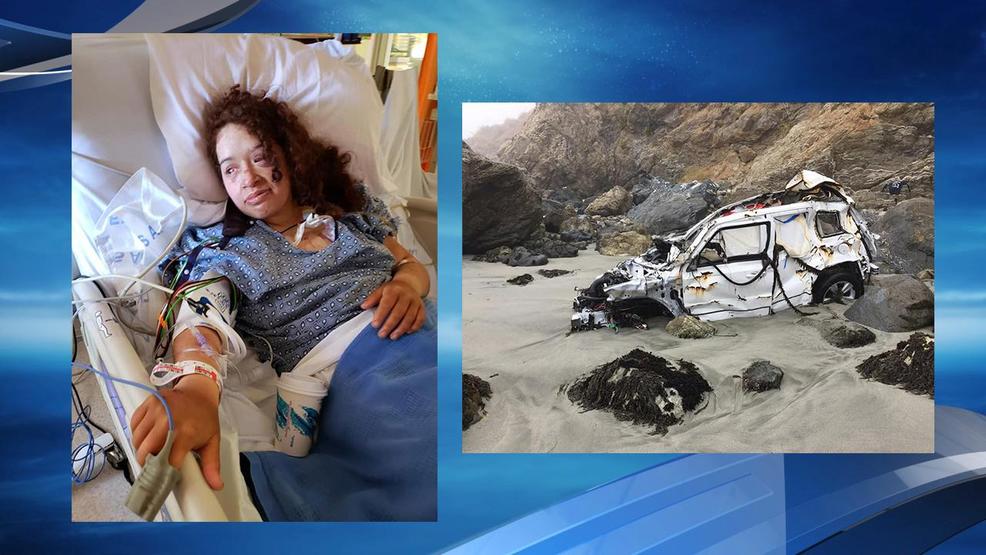 Bivo was also designed as a spare food to keep in your car in case of need: its composition, in fact, does not fear the heat nor the cold. Having an escort in your luggage can make a real difference in an emergency!

AFTERFACE: Bivo is a product designed specifically to meet your needs in terms of weight and protein intake: the right companion to have with you when a simple walk can hide unexpected events.

Click on the button below if you want to try Bivo and discover all the current promotions. By entering the discount code “kytwalken” you will be entitled to 10% discount in the shop.